Could use a few general tips in NGB so far

D-Rank
Posts : 29
Join date : 2020-12-27
I've been very slowly making my way through NGB on Normal, just beat Chapter 4. This game/difficulty is pretty generous with the healing items and such, so I'm sure I could beat it pretty quickly if that was my goal, but I'm mainly trying to understand the combat system and general strategy. Here are my questions so far:

Cool game so far though, movement is pretty fun. 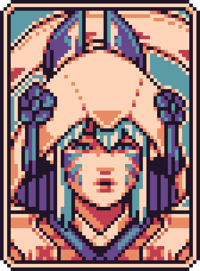 There are some specific moves that excel at breaking guards. With the dragon sword, XY (keep Y pressed) or ->Y on landing ->Y (more on the on landing later) are excellent choices. Y,Y and ->Y with heavy weapons is also good. In general you should experiment, but if you want a list I can probably find it somewhere.

You found one of the most important pieces of techs in the game. Like you saw there are specific "on landing frames" where you can do certain action faster. One of this examples are UT (the charged attacks), the other propriety this on landing (OL) frames have is that if you use an OL UT you will immediatly absorb every essence currently active. Absorb 2 yellow or 1 blue or red and you will immediatly charge up an UT. Note that if you kill an enemy with a UT you will always get money (yellow essence) at a multiplied rate (i think it's 7x but I'm not completely sure)

The easiest way to deal with them is chaining OL UTs. As long as you kill 2 enemies so they drop 2 yellow essence, you will be able to immediatly chain another OL UT. Using the Lunar UT here works wonders.
In more general terms don't do long string (->Y into Izuna Drop with the sword is extremely effective against humanoids), stay on the move using wind path into wind run (X+A, then A when above an enemy so it jumps on his head), wall attacks (both of this have iframes on them) and flying swallow. Keep an eye on enemy states,the soldier with the grenade launcher, for example, will drop it if you get close to them and the normal soldier will similarly change from ranged mode to melee.
While on the defensive know that the guard is extremely strong and if you get guard broken, know that you can cancel the recovery into a roll and immediatly guard again.

I'm not entirely sure about this one, some of the moves have iframes, but I don't think it applies to everything.

360Y with the sword, wind run, wind path, wall attacks, UTs ,ETs (when you only charge one stage) and using Ninpo are the main ones. There are some more, but finding them is a matter of experimentation.

Yes just move in a direction, you need a second of so to start the run tho, it's no instant.


There's more, of course, but I don't want to spoil more than I arleady did. If you have any other question just ask.

Admin
Posts : 4279
Join date : 2017-07-01
Age : 31
Location : Netherlands
The healing system is pretty lenient as you note, on the highest difficulty you can still carry nearly 7 lifebars worth of healing with you. On Normal it can get as wild as 14 lifebars IIRC.

> breaking guard
Each weapon has a unique stat relating to this, some weapons break guard more easily like the Dabi while others less so. This also goes reverse by the way, with some of your weapons having an easier time breaking their own guard when blocking with them. Note that if your guard is broken you can just let go of the guard button and press it again, this is called a guard-reset.

Personally I find it best to just keep on the pressure or to throw them.

> charged Y
The technique is called an On Landing Ultimate Technique or OLUT for short and it is a key component for high level NG and NGII gameplay. Managing essence is a big part of the gameplay. Do you let it float (by holding block), do you absorb it (by doing nothing) or do you use it as fuel for a stronger attack (OLUT)? Lots of microdecisions.

Note that Essence's value is partially decided this way too. A regular absorb gives you 100% of its value, while an UT absorb only 15% (iirc). While a foe killed by an UT gives an essence orb that is 400% of the value (iirc, don't quote me on these values). Note that a foe killed by an UT can ONLY drop yellow essence, so if you're hurting for a blue-orb to heal, keep that in mind.

> multiple enemies
Divide and conquer for the most part, enemies aren't that spongy. Note Ryu's mobility and the generally large arenas. Dodge around, put distance between yourself and the groups and single out a foe. Wall-attacks are very overpowered in this game but be wary as they can also breed bad habbits (panic jumping).

> blue after image
It is just fancy. Most of those moves have i.frames, but it isn't consistent at all and some moves that don't have it (XXY with the lunar for instance) do have i.frames.

> i.frames
As noted, the ones Tai pointed out. But there are a ton of i.frames in every combo during certain parts of the animation but that's all just a safety net to make those combos more viable in the thick of it. Experimentation is key here. Sometimes it is literally a frame or two.

> running
The best movement is dodge > jump, at least starting out. Later-on "continuous jumping" is key, which means pressing Direction+A on landing, this lets Ryu jump extremely fast: https://youtu.be/tB9NfMYoebQ?t=386
(mechanics are generally carried over in the games, this was the only footage I could find quickly)

If you have any more questions, hit us up! 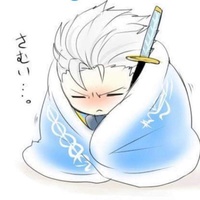 Re: Could use a few general tips in NGB so far