Now why that is, I'm going to detail the combat system in depth as far as possible without it becoming a full-on review:

Basic gist, you input all your commands at your own pace for your 5 man party. Enemies have a Elemental Type and a Personal Type (think Mechanic, Organic, Beast) that you can play into for bonus damages. It's pretty typical, but here's where things get interesting:

- formation: your 5 man party has a front-row and a back-row. Your front-row takes 100% damage, while your back row takes 10% damage. If your front-row is attack, the defensive buff on the back-row is dimished slowly, until the backrow takes more damage. This sounds pretty cut and dry, but enemies can ALSO use this. So there's scenarios where 3 guards are in the front-line, with 2 casters in their backrow, forcing you to play into that. There's also moves that buff or debuff your 'formation' , allowing for easier damage. There's also bosses that have attacks that put all your party members in the front row, forcing you to waste a turn changing formation.

- turn order is set, but invisible. Every thing has a specific order though, items always go first, then attacks+spells, then skills. So once you choose all your attacks, that's how it plays out. This has a few things going for it: namely that items suddenly are VERY useful. They are always first, meaning you can safely heal a damaged character instead of using healing-magic or abilities (which are last). A healing-ability is then handy to use on a target that you anticipate will take damage, to heal them after that damage was dealt. Secondly, some abilities have a casting-time, which is noted in their abilities. For example, Flare (the typical fire spell) has casting 1-A, which mean it casts in the same turn (1) and casts pretty fast (A). Another spell has 1-H, meaning it casts the lastest (further down the alphabet means its slower). But there's also spells that are 2-D, so you need two turns. If you're hit while casting, you go down another letter, so it's possible that if you're casting 1-H, and are hit 3 times, you suddenly have to wait another turn to finish casting.

- this is compounded by the ability: Support Casting, in which a character skips his next 3 turns to increase the casting speed of an ally, allowing an ability like All-Flare (basic fire spell that hits everything) to be a 1 turn cast instead of 2 turns.
- your team is composed to two types, Immortals and Mortals. Immortals cannot learn new skills, only through using equipment and by observing party members, while Mortals learn skills the typical way. As a result, Immortals are SUPER moldable into what you want them to be.

- enemies are extremely dangerous and will use a ton of abilities/status effects to ruin your day. Bosses are equally dangerous: if you go in without a plan you WILL die as they all hit like trucks. For example the first boss has an ability that deals over 100 damage to your entire party, while your party only has around 150 HP at that time. Regular fights can see you dead quite fast too: so you have to play smart.

All this together really makes for one of the best RPGs I've played. Fights are strategic, you can plan ahead of them (using status effects, equipping certain items and skills on your immortals to prepare), fights are hard, the music is great too, just a great puzzle game in that sense.

I gave my 360 to my brother but might try find this game and borrow it back.

Admin
Posts : 5465
Join date : 2017-07-01
Age : 33
Location : Netherlands
It really is just a great RPG. Disc 3 is the 'weakest' imo since it splits up the party for a while which I hate. Disc 4 is a great one though with fantastic boss-fights that really play with the mechanics and, again, really hard random-fights.

If you have a 1X I recommend that instead of a 360. Apparently the game is quite laggy in its original release.

Admin
Posts : 5465
Join date : 2017-07-01
Age : 33
Location : Netherlands
Finished it, and started a second run. It's interesting how much stronger you are with the knowledge of what's going to happen and being able to plan ahead of time.

If I'm allowed one gripe it's that status-effects are a tad unclear on when they'll work or not, and a lot of bosses (later-on) are just immune to a lot of shit.

SSS-Rank
Posts : 4688
Join date : 2017-07-02
>status-effects are a tad unclear on when they'll work or not
Do you mean there's no indicator as to whether it's an immunity or a miss? I played some RPG like that before. Forgot what it was.

Admin
Posts : 5465
Join date : 2017-07-01
Age : 33
Location : Netherlands
The issue is that there's no indicator, and there's over a dozen status-effects, so often times when you see a new enemy you either just try them all until one works, or just skip it. For example there's a really hard random enemy called Hellish Kelolon, which is immune to all status effects *except* Paralyze, so it takes a few tries and then suddenly you use it and it's gold and great and feels fantastic, but other than that they tend to fall short. 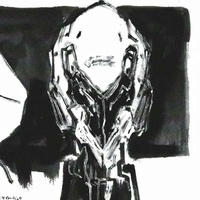 Royta/Raeng wrote:It really is just a great RPG. Disc 3 is the 'weakest' imo since it splits up the party for a while which I hate. Disc 4 is a great one though with fantastic boss-fights that really play with the mechanics and, again, really hard random-fights.

If you have a 1X I recommend that instead of a 360. Apparently the game is quite laggy in its original release.

Can vouch for this

Though thankfully I've never found it to be an excessive issue, 360 version is still perfectly playable and all of the fluidity in-game is still present, naturally