About those nifty input devices for video game consoles

I've had a few. And I dig it when they grow old without punching out, considering how they're treated most of the interaction.

Now I noticed that my 360 device shows rough wear and tear. The L analog is missing topping where I pull and push and doesn't remain in a neutral position. The triggers also get a little grumpy. I mean to replace it but it seems to be some investment. At least for a new original. Is there some alternative for it? Even superior maybe? I'd be glad to learn from your experience.

And my PS2 equivalent seems battered, too. L analog input is twitching and the rumble has gone out of it. I'm not into that deeply, but I rather enjoy it in situations when something is telegraphed i.e. Silent Hill.

I've given the GameCube thing about the same milage but what can I say? Not a thing with it. You win!

Admin
Posts : 3981
Join date : 2017-07-01
Age : 31
Location : Netherlands
I haven't had the pleasure of experiencing the 'perfect' controller, though I've come close I feel. The Playstation 4 is a fantastic controller, but breaks too easily and its R2/L2 are a bit finnicky for my liking, as well with the touchpad implemented into it. The Xbox 360 controller is great too, as is the Xbox One Controller which has a much tighter deadzone, but both lack a good D-pad.

My favourite is the Gamecube, but even that one lacks a good D-pad. Really disappointed how that part always gets shafted. Also love how durable the beast is. Most controllers I've had have broken at some point, but my day one controller still works for the 'Cube.

A-Rank
Posts : 512
Join date : 2019-01-15
Don't think I have any type of controller that I hated. In any case, I believe that the Playstation controllers are a bit weak. I have a bit of trouble going to the right in a couple games I noticed. That was only my PS2 controller. My PS3 though the most problems in terms of my controller use. My best controller has a wonky left stick. My first third-party controller now has a worn down square button so I can't tap at it. My other third-party controller is rather weak. I say that because I removed the R2 button at one point. My PS4 controller still works
well though.

I really like the Handheld controls but I wish they were durable. I can't use my L and R buttons on my first 3DS anymore. My PS Vita is a trainwreck. The right stick doesn't work anymore and I can barely go left on my left stick. I have some problems with the triangle button too.

C-Rank
Posts : 175
Join date : 2019-06-04
Location : M.I.A
Not to find an excuse for the - how to put it?- "impaired" D's for the GC/PS2/Xbox gen, though I like to think that just wasn't a major concern at the time. The second generation of 3D machines were focused on just that, with analog steering. Certainly there are compilations of Golden Age software, just not as emphazised with the renaissance of 2D titles of the following gen. Mario, Mega Man, Trials, whatever.

If it wasn't clear enough I, too, favor the GC one.

Been playing more Xbox recently I can't actually blame the default monstrosity. I happen to have big palms. It's a fit.

Like Nadster, I can't think of any controller I hated. I feel it's more about the controls of a game in conjunction with a controller that could cause issues and make us despise them.

Even then I'm struggling to think of cases. I definitely found the N64 control to be weird.

C-Rank
Posts : 175
Join date : 2019-06-04
Location : M.I.A
I decided to replace the analog twins from my 360 wireless, and not to buy either a cheap 3rd party nor a overpriced original. Sounds simple enough. I was ready to gogo, and then I found out that a special screwdriver is required. A certain Trox T8. Bummer. Maybe a bud can help me out with that.

Earlier PlayStation controllers, definitely not, purely for those godforsaken triggers.

GameCube's nice, but I find the layout just isn't well-suited to a lot of the games I'm playing. Ended up selling it to a friend of mine who's really into Smash.

B-Rank
Posts : 301
Join date : 2019-02-04
I really like the Dualshock 4 and Xbox One controllers - probably the first console gen where I couldn't pick a favourite out of the Sony and Microsoft offerings.

Since picking up the special edition of Smash Bros Ultimate, I've grown to love the Gamecube controller, even though it only really feels suitable for Nintendo games and third party exclusives. Some games I've tried on the Gamecube had control schemes that were just plain unsatisfying. The SSX games had a great control scheme on the PS2 thanks to the 4 shoulder buttons. As a result, the Xbox and GC versions just felt wrong.

My least favourite official controller is the Dualshock 3 - those "triggers" are disgraceful. I'm not sure on the proportions but it feels more cumbersome than the comfortable Dualshock 2, despite being pretty similar.

A-Rank
Posts : 736
Join date : 2019-01-17
Location : Ohio
I’ll agree with those saying the favorite is the  DualShock 4, I love everything about it except the Options button. I would use this controller for every genre and console if I could.

Conversely, I’ve never liked the DS3. Its WAY too light, and the triggers are awful. I’ve also had the USB port go bad on like 3 or 4 of them. They also tend to get dirty really easily for some reason, never have that issue with other controllers.

Admin
Posts : 3981
Join date : 2017-07-01
Age : 31
Location : Netherlands
The DS3 was also fragile as hell. Dropped one at a tournament and it just splashed apart. Didn't see that coming. DS4 would be my favourite all-round controller if it didn't have the touchpad or that light-bar that drains extra power. 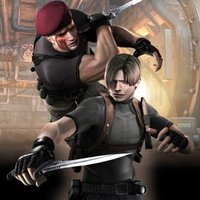 C-Rank
Posts : 219
Join date : 2019-03-04
Age : 32
Location : Germany
Yeah, I love the GameCube controller as well. Probably my favorite overall, but its idiosyncratic design definitely works best for games that have been designed around it. It's arguably the most comfortable thing ever made for exclusives. Wholly unsuited for any sort of dual analogue and multi-platform games, however.

I liked the 360 controller well-enough during last generation, but the shoddy build quality and massive stick drift have knocked it down a few pegs over the years. Like Roy, I've never had to replace any GC controller of mine, but I had to buy a new 360 one every year during my Halo days. Very unfortunate in retrospect. I tried playing some exclusive shmups on it more recently, and the thing is basically unusable for those.

I have a soft spot for the Wii U Pro Controller. I get why folks don't like the unconventional stick placement, but I found it to be really solid and responsive after getting used to it. Great build quality as well. GamePad on the other hand can get in the bin.

I've never been a fan of any DualShock until the DS4. I find the earlier models to be pretty flat and unergonomic, and the DS3 in particular is a complete joke with those slippery triggers and weak analogue sticks. The DS4 on the other hand is solid gold, in fact it might be my favorite all-around controller ever made. The build quality isn't the best as noted, but the new layout and fantastic comfort really work in its favor.

Haven't tried the XBO one, though I've heard great things. Same for the Switch Pro Controller.


PS: The Wiimote + Nunchuk combo gets too much hate. Metroid Prime Trilogy is gaming nirvana with them.

A-Rank
Posts : 582
Join date : 2018-12-24
I despise DS4 for the most part. Triggers are cheap toys that feel like ass compared to xbox, and you can't set the damn thing down with out them being pressed. I hate when a game won't let me put shoot/ aim on r1 r2 like ps3.
I genuinely couldn't enjoy playing something like NG2 on a DS4, the triggers are just too mushy.
DS4 sticks feel trash for shooters as well. It is good enough for action games, but fps really feels bad.
DS4 is an improvement over 3 in every way sure. But the DS3 was so damn bad, I feel they did the bare minimum.
I would like to get my hands on the PS5 controller, but it looks a bit messy.

DS2 is amazing. Wired 360 is my go to, vastly prefer it over the ONE.
GC is weird. The nub, the clunky triggers and over all button layout.

The wii motes were great when used properly. RE4 played perfect with those things. Using the stick to turn the camera while aiming was so satisfying, though crazy broken. More wii games should have gone that route instead of light gun.

Admin
Posts : 3981
Join date : 2017-07-01
Age : 31
Location : Netherlands
I've dabbled with them but honestly...they are rarely worth your time I feel. Especially in terms of the sticks and shoulderbuttons they feel less responsive and tight.

Re: About those nifty input devices for video game consoles