S-Rank
Posts : 1130
Join date : 2017-07-29
Another underapreciated Resi entry, the 4th entry in the Gun Survivor series and the 10th RE entry. Notably developed by Cavia, who also made Operation Winback(an early clover shooter, when it was novel), Bullet Witch and NieR(again Gestalt/Replicant NOT Automata).

Movement is in 3rd person similar to RE4, with aiming being 1st person rail type shooting, with a dodge move also, another RE game to do so.

Oh yeh, cue “Hurr durr not Residents Evil” comment here, franchise people, it’s a franchise. In all seriousness if the series wasn’t ready to change we wouldn’t have gotten past 3, let alone RE4, a bona fide shooter first, horror second and survival very much 3rd to nonexistent.

Admin
Posts : 3981
Join date : 2017-07-01
Age : 31
Location : Netherlands
Pretty interesting game, especially since it is Canon (I believe Zero references it). I have to say I do miss some of the more 'out there' Resident Evil titles that dared do something weird. Though it did have the balance of there being a stable franchise, something which it doesn't really have right now.

Also congratulations on the being the first user to have 1000 posts Gabe!

Moderator
Posts : 3573
Join date : 2017-07-02
The only thing I know about Dead Aim, is the characters are present in NamcoXCapcom. When I first played that I had no idea who they were until I read the cast list.

S-Rank
Posts : 1130
Join date : 2017-07-29
Hahah, what a nice little reference, the reason behind it is that Namco’s Guncon lightgun was compatible with Dead Aim.

I think it’s Gun Survivor 1 that’s referenced in the opening of 0(Sheena island is named, the setting of GS1) but I think Dead Aim is still canon. Really neat that Cavia got to make their mark on RE and by far the best of the orphaned Gun Survivor series, though I suppose 7 functions as a spiritual successor if less arcade like in nature.

The others are weird sort of jank arcade 1st person shooters with repurposed assets from RE2(for Gun Survivor 1) and Code Veronica(for GS2). Gun Survivor 3 is actually based on Dino Crisis.

Also apparently it’s based on a rejected concept for RE4, so that makes about 3 games made from scrapped versions of RE4(DMC1 and Haunting Ground?). Notably the design for Bruce is uncanny in how much it resembles Leon in 4, despite being released 2 years prior, oh and the similar camera perspective to 4 also. This game gets so little credit now(as if it doesn’t exist). It sold fairly well at the time also.

Here’s a summation, lots of legit lore, the main virus the monster you face are created from is a combination of the T-Virus and G-Virus, which reminds me of how the C-Virus in 6 is made from the T-Veronica Virus and G-Virus.

S-Rank
Posts : 1130
Join date : 2017-07-29
So I have to mention, this game has some of the goofiest enemy designs in the series, for some reason every enemy looks super derpy, defective products I suppose.

Take a look at these D-Hunters(Derp Hunters): 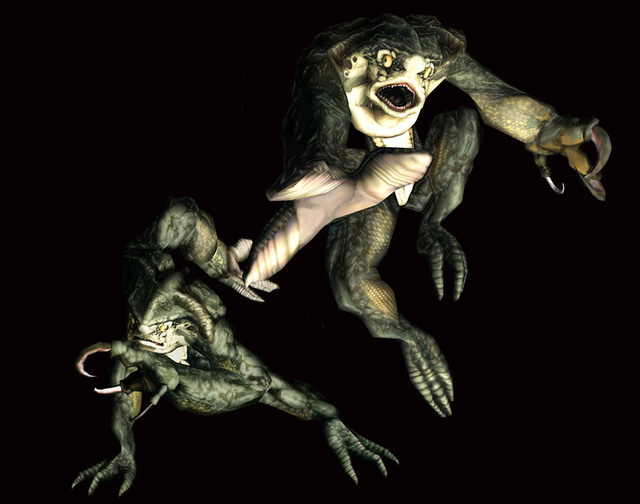 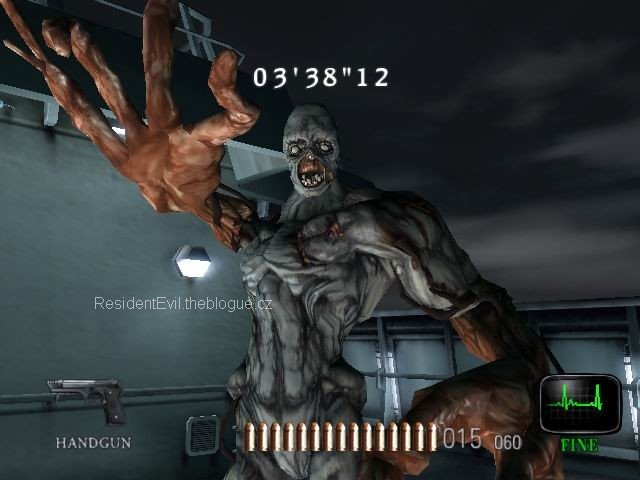 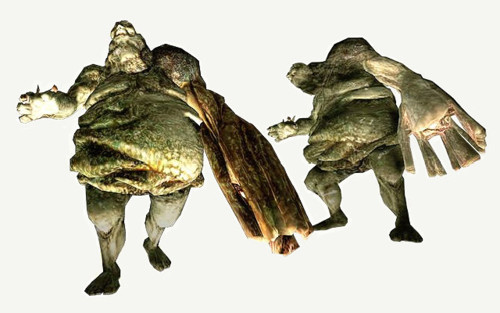 Oh, and this game is known as Gun Survivor 4: Biohazard: Heroes Never Die in Japan...hell of a title.

I had a friend in school that loved Resi so I saw him play pretty much all of them at the time, it’s where I first played Umbrella Chronicles, which has a soft spot for me as a decent rail shooter version of RE1, 0, 3 and new scenarios with Wesker.

On the matter of RE monster designs, at least to me, they range from cool, gross, terrifying and hilarious. These fall firmly in the hilarious range with a dose of gross.

Oh and the final boss is a male to female post op transsexual tyrant, I kid you not: 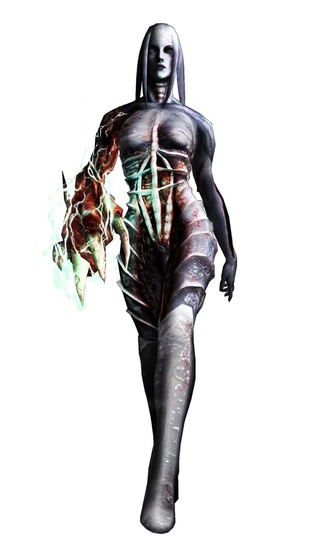 Admin
Posts : 3981
Join date : 2017-07-01
Age : 31
Location : Netherlands
I remember Umbrella Chronicles, really fun game to play imo - had a ton of hidden collectibles and was one of the few lightgun games I played on the Wii (where it was perfect to play with). Resident Evil really is this bizarre franchise where every genre seemed to fit into.