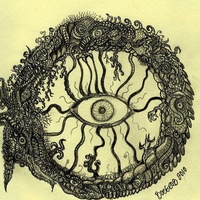 D-Rank
Posts : 31
Join date : 2017-12-02
Age : 29
Location : St. Louis, MO
So Bamco posted this cute little holiday card on facebook. Seeing as how we haven't really had anything of particular value pertaining to Dark Souls in a long while, it seemed interesting that out of all their games, they chose Dark Souls for the theme of this card, especially with the plethora of anime titles they just announced.

I decided to comment, of which Bamco is known on FB for responding, and this is what I got: 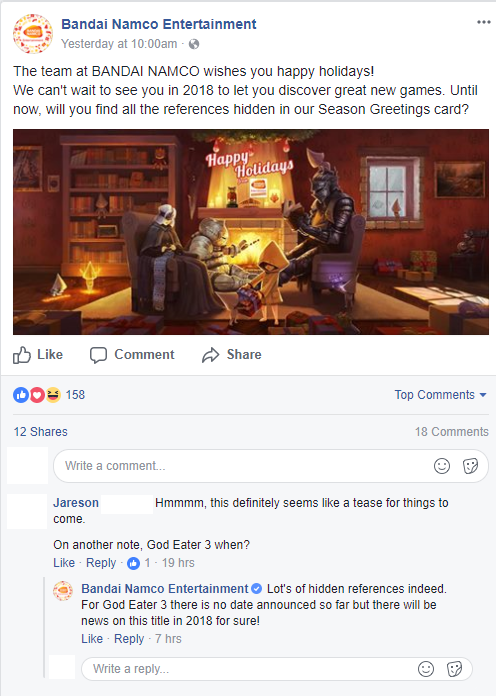 What do you guys think? Seems like we definitely will hear something in 2018 about Dark Souls!

S-Rank
Posts : 1143
Join date : 2017-07-29
I'd rather not. The series has nowhere to go in the gameplay department, they never really improved much at all past bloodborne and even BB is mechanically baron with little to none of the improvements carried over to DS3.

I'd rather them stop so the souls trend can die hard and fast so new games can emerge. Souls might turn into another armoured core, except armoured core changed drastically eventually, souls I doubt ever will. FromSoft is more than Dark Souls, let them remind us who they where before that.

I suspect a Demons Souls remaster/remake of some kind but please no more after this.

Admin
Posts : 5465
Join date : 2017-07-01
Age : 33
Location : Netherlands
The emphasis of Dark Souls is a bit weird, but I don't think it is their big new game. I am more than sure Dark Souls 4 is in the works though. The series is selling well and I can see fans easily eating up a few more phoned in copies before the numbers will start to go down. The B or C team will probably be making them, or worse, they'll hire an outside source (might actually be better though, get some fresh blood in).

Personally though, I'd rather Dark Souls be dead. Demon's Souls was fantastic, and Dark Souls a good - if somewhat messy - sequel. But Dark Souls 2 and 3 felt more like big expansion packs than a real new game. Even moreso if you like the lore-aspect, which the infinite sequels ruined with their constant retcons and weird decisions.

Re: Potential Tease From Bandai Namco For Dark Souls Future