Quite the surprise, Wolong by Team Ninja was announced yesterday. Though Microsoft stole the show with it for me, it was later revealed to be a multiplatform title (though day-1 on Gamepass).

Apparently there's some ex-Fromsoftware staff involved, like the producer of Bloodborne, who jumped ship to Team Ninja (interesting). Notes do seem to hint that this is more a typical action-game however, but that does remain to be seen. I'm cautiously optimistic. Thoughts?

Can't judge anything without gameplay, but it's Team Ninja so I'm looking forward to it. It might be unfair of me to say this as I never played any Musou game, but I hope it will be an action game and not a Musou game.

I wonder if it will have a wide variety of weapons like in Nioh or NG2, or if it's mostly gonna be based on sword combat (perhaps with different martial arts/fighting styles to compensate for the lack of weapons?).

On another note, when Phil said they are partnering with a Japanese developer to bring back a classic franchise to Xbox, I can't be the only one who thought of Ninja Gaiden right? Main Persona games were never on Xbox, how could they bring them back?

I need to know more about it, but I am interested. 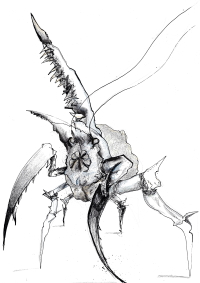 No gameplay so can't judge ofc but I've been loving Nioh 2 so looking forward to this. I hope they ease up on the loot, or even better, make a traditionally structured action game.

>It might be unfair of me to say this as I never played any Musou game, but I hope it will be an action game and not a Musou game.
Musou games are action games. Some of them are really bad though.

>but it's Team Ninja so I'm looking forward to it.
Team Ninja co-developed Fire Emblem Warriors and Hyrule Warriors. Maybe try those.

I have a bad perception of Musou games because they always seemed lo me like they are "mindless" and too mashy, doesn't help that I have a huge backlog as it is. Those assumptions of me are wrong when it comes to the better Musou games?

>mindless
There's a lot of these games and some are bad. So that perception is not totally off. I got sick of the DW games ages ago, but really got back into Musous when I realized the spinoffs were good.

You'll have to define 'mindless'. I once played through Bayo using only PPPPP combo just to prove a point.

>mashy
You can mash and win almost anything so I'm not sure what this means exactly. Do you mean just hammering a button doing nothing else?

If you play a higher difficulty in Hyrule and mash, they'll just smash you and you're dead in a few hits. If you stood there mashing in DQ Heroes you will be hit and alot of the bigger enemies can hurt you bad.

>Those assumptions of me are wrong when it comes to the better Musou games?
The ones that are good are good. I wouldn't play them otherwise. That doesn't mean you'll like the gameplay though.

Doesn't look like this game will be a Musou. I didn't see any mention of Omega Force. They're the division that makes them.

If you're interested in talking more about the Musou games, let me know in the dedicated topic.

Some interesting notes from Nepu47 on Twitter, he's a native Japanese and corrected some translation issues from recent interviews:

The genre they talked wasn`t Soulsborne but just Shinige-(死にゲー). I think that they just evaded the specific term, but Sifu was cosindered as 死にゲー in Japan.
"Nioh yet different is the hack and slash component" ... In Japan, 'Hack and Slash' usually means 'Diablo-like-looting-RPG' elements. So, There would be less farming /looting elements in Wu long. It is still ARPG, though.

I really wish they'd stop with the no gameplay trailers.

It's all about the $$$. Starfield probably would've sold more copies if they hadn't shown gameplay footage until release haha

Oh well. Either way, anything Team Ninja is cause for excitement. I'll be following this closely.