I've been playing Ring Fit Adventure for a while now with the missus, and god really has a sense of humor. It is practically a Turn Based JRPG made by Nintendo EPD and someone there really, really wanted to make a JRPG apparently.

The fitness componnent aside, which works very well mind you (gained some muscle, lost some kilograms, working up quit the sweat). The game honestly features so many elements it is scary. A summery:

> enemies have elemental weaknesses
> some enemies have charge attacks
> others are support enemies, offering buffs (attack, defence).
> others offer full heals or even revivals
> there's a potion crafting system that's the perfect balance between open and not too complex
> you can craft buff potions
> buffs from gear set bonusses (yes) stack with potions
> there are potions that change the element of your attack for 3 turns (yes)
> there's a skilltree that rewards unique abilities
> some potions allow doubling or received resources i.e. double XP, double money or double items received for a fight (a grinder's wet dream)
> no obtuse droprates, everything is set in stone

Add to that that some attacks are more powerful, but way more draining for your own body, and you've got an excellent JRPG with some serious strategic combat.

If I'd had to voice complaints its the reused levels and bosses (Kamiya would be proud) and frequent interruptions from message to take a break (probably a health law popping its head).

Not to mention it works, really, really well. Paired with my change in diet, I've lost nearly 10cm in stomach-diameter, as well as slowly reaching my target weight goal for this year. It really is a fantastic game. 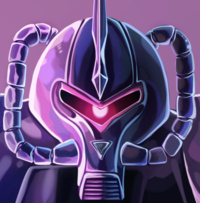 Bought this at launch because I love trying gimmicky video game nonsense and because the concept really appealed to me after seeing their first reveal trailer of it. It turned out to be my my biggest surprise of 2019.

The motion controls and peripheral gimmicks are super well executed and the combat system is just enough to be engaging as a game. Apparently the amount of content is ridiculous too because I believe there are two new game plus playthroughs you can partake in after beating adventure that up the challenge and let you keep your stats so you can just keep on leveling. The soundtrack is also surprisingly pretty great and decently varied too considering everything. I actually haven't picked back up my playthrough of Dragon Quest XI S in a while because of this game. lol

Yeah I had exactly the same feeling. Nintendo gimmicks are always a good playtest (like Labo), but this really took me by surprise. Fun music too, Dragaux's battle theme is straight up hype lol:

And yeah the game apparently doesn't have a known level cap yet, there's one player who is nearly level 600+ iirc and with 20 worlds and two NG+s...that's a lot reps. Hell if I love it enough I might do a NUR on this eventually hahahaha!

Are you noticing any improvements in your form Gouf?

Yes, the dynamic soundtrack that helps keep you in sync with the action you're doing is such a smart design choice. It's something I wouldn't even think of to implement if I were making this game as just a player, but adds a whole lot to the workout aspect.

I know some people were saying the game was too easy in some places, but you really can make it as easy or as hard as you want it to be. Think exercise battles are too easy? Up the difficulty level. Think potions are too strong? Just use healing abilities instead. Don't like gear stats? Don't use them. It's super malleable which feels perfect for a fitness game. Really looking forward keep chipping away at it.

After doing for it for a while now, I've definitely noticed my weight shifting around and my stomach getting thinner bit by bit along with some dieting stuff. The yoga stuff is already the biggest change I've noticed. I had a really hard time balancing with some of those poses when I first started playing, but they really did become much easier to maintain as I kept doing them.

We're currently playing on Intensity 30 and it really is no joke, some excersizes absolutely drain me to the core. It is almost part of my daily routine now, leave it to Nintendo to make excersize fun in the living room.

There's actually some nutcases out there trying to speedrun the game doing the actual exercises. Some guy recently did a run at the lowest difficulty and clocked in at 18 hours if I recall correctly. I imagine doing it is like the equivalent of running some kind of marathon.

The game has a pretty serious speedrunning community. The biggest category currently is World 1 Intensity 30 (highest difficulty). So players just play the first world until they beat the first boss. It is very intense to watch. Same with the full-run on the lowest setting which was really a marathon.