C-Rank
Posts : 112
Join date : 2018-05-31
Age : 23
Location : Pennsylvania
Not sure if any of you watched this last night, but it was pretty dumb. I'm not sure what exactly Geoff wants to accomplish with the show, because this was not an award show at all. Just commercials for 3 fucking hours. Some cool stuff for sure, but the awards felt like they meant nothing. He says he doesn't want to become another E3, then proceeds to make it even more like E3 year after year. Now, I personally don't care about awards at all though it was nice to see Roger Clark win for Red Dead, I was really rooting for him, but if you want to be a celebration of the industry, then showing 25 commercials is not the way to do it. These ads are supposed to be where games are supposed to go, acting like this is so artistic, then Fortnite gets shown off and you know it's just for the clicks and the advertisement money. I get that he needs ads to fund the show, so I can't exactly blame him, but damn, there was no flow at all. Here's an award or two, then 6 trailers, along with a commercial break, then one award, then 3 trailers, then music, then more trailers, then an award that no one got to give a speech for, then a trailer etc. Sheesh. Just call it the Industry Showcase and stop pretending this has any merit when it comes to celebrating devs.

I like Geoff, really I do. I admire the hell out of his hustle, and it's quite apparent that he has a genuine love for the industry, but this show is not good. You might as well just wait until all the trailers are released then watch what you want. At least I had a friend watching with me, otherwise I would have stopped watching early on.

Besides the show itself, the new Obsidian game looks good, and I find it hilarious that they're doing something similar to Bethesda. Will be fantastic to watch the fanboy wars in the future.

Psychonauts 2 looks pretty damn good, I need to play the first one.

I liked that Ninja game from the creators of Abzu

Team Ninja's MUA3 looks like crap, but hey, it's Team Ninja Dog so is anyone really surprised? Hopefully DOA6 and Nioh 2 turn out better than that game does.

Stanley Parable looks good, never played it, but I think I would dig it.

Was nice to see the big boys from Sony, MS, and Nintendo on stage together, though I don't think any of them really wanted to do it lol

I liked that Mortal Kombat trailer.

Rage 2 looks better than when I last saw it, but it's not really for me.

And lastly, I have to say, the performances were pretty sweet, with RDR2's being the standout. Nice to see Devil Trigger, although it was obvious which performance had more effort and money put into it.

What did you lads and lasses think?

C-Rank
Posts : 108
Join date : 2018-10-28
I've watched the whole thing with friends and it was still painful as hell to watch, gonna just throw some points that I can remember from the whole thing.

-The anti vape campaign had me rolling on the floor.

>but the awards felt like they meant nothing
They didn't and here's why: "The winners are determined by a blended vote between the voting jury (90%) and public fan votes (10%)." Which means that Red Dead should have actually won GotY but instead judges decides who's winning each category based on their payroll or massive bias. A controversial figure such a Sonic Fox winning the best E-sport player category speaks for itself as well.

-That being said just having The messenger win the best new indie title was unexpected, that game was one if not the best game I've played this year.

Just replace the work Rick and Morty for PUBG and Fortnite trailers.

-Hades looks good, still not a fan of the early system though.

-What the hell was that song on the MK trailer lol.

-DT felt apart when played live, every other performance was fine.

-Psychonauts 2 looks interesting and reminded me that I never played the first one.

-There were a bunch of shooter titles but I can't really tell any of them apart anymore.

There's probably more stuff but I decided to bury deep inside my memory so I won't be remembering it anytime soon. 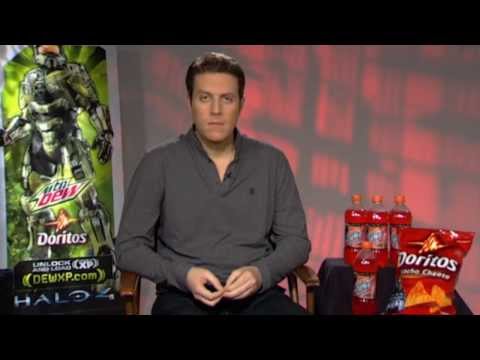 The idea that there's some sort of official Game of the Year is great, but it mostly feels like "which game paid us the most" than actually looking at what game pushed the medium further. No disrespect to God of War or RDR2 (okay, a little to the former), but they weren't master pieces from a gameplay standpoint. As it stands, the event is more interesting now for the announcements, which I can easily catch the next day.

That said, I was surprised there wasn't anything new from Nintendo outside of the Joker reveal (more on that in a second). Would've expected something Metroid Prime 4 related or something with Bayonetta 3.

About Joker, I'm a bit annoyed. Apparently Nintendo's top brass decided which characters will be DLC, and it seems like they are going full marketing. Aka, characters of games they want to push sales for. I get it, but it is also a bit annoying.  I'd have prefered it focus on existing franchises or dead ones that might need a revival (i.e. Golden Sun).

» Games Awards Artifacts
» KadoKado: The only Motion-Twin game that awards tangible prizes for playing
» This game sure can be adamant about wanting players to take certain weapons
» Luck O' the Bearish Instant Win Game
» The wish game